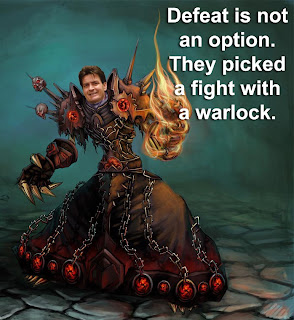 Ok, I think that the picture says it all; but just in case, you have been living under a rock and do not watch TMZ,‎ a few words are in order (besides Google likes words, so I must write something to feed the friendly little spiders). First off, Charlie Sheen has burnt out his brain on recreational drugs. Nothing that comes out of his mouth makes much sense.

Listen to Charlie: "Guys, it's right there in the thing, duh! We work for the Pope, we murder people. We're Vatican assassins. How complicated can it be? What they're not ready for is guys like you and I and Nails and all the other gnarly gnarlingtons in my life, that we are high priests, Vatican assassin warlocks. Boom. Print that, people. See where that goes."
Beg pardon? Mister Sheen, I would like to point out that statement sounds like you have been drinking the funny Kool-aid while smoking dope and playing Warhammer 40K. Not that there is anything wrong with Kool-aid and Warhammer 40K, but you mixing both of them up wrong.

As for those who would like to bind dear Charlie, the Sheen-man, for using the term warlock. Go for it. I imagine that the Vatican and the assassin guild are right behind you also in this one (assassin guild, nice RPG joke, right?). For the record, the commonly accepted etymology for word "warlock" says that it either derives from the Old English wǣrloga meaning "oathbreaker" or "deceiver" or from the Old Norse varð-lokkur, "caller of spirits." Most of the pagan, Norse hearthern, and Wiccans do not want to use it. But if you feel like dressing all in black, and joining your Vatican and assasssin brothers who also dress all in black, and hunt down this man full of "tiger blood and Adonis DNA"---go for it. But please, quit making it sound like you speak for all of us. Some of us were followers of the old gods and goddesses before it became the cool thing to do, and quite honestly us old timers knew that Charlie Sheen brain is deep fried. For goddess' sake, the man has been taking recreational drugs for years and thinks that the AA (the non-drinking one) is a cult---and this is from the man who considers his brain some form of New Age drug.

(And if anyone knows the artist who did the Charlie Sheen "Defeat is not an option. They picked a fight with a warlock." piece of art that I opened this post with, please leave a note in the comment section, so that I can openly give them kudos.)
Posted by Morgan Drake Eckstein at 9:39:00 PM

Email ThisBlogThis!Share to TwitterShare to FacebookShare to Pinterest
Labels: humor

Pagans from California to Colorado are talking about what about tiger blood and Adonis DNA.